How to see when a bounty was started?

I was wondering which answer would be awarded the bounty for this question:

In general, however, I noted that the start date of a bounty doesn't appear on the question page. So the only way to know which answers were written after the bounty start, is to consider that the bounty period is 7 days, and compare that against the "answered [..]" text at the bottom of the answer, right?

A lot of exact timestamps on Stack Exchange can be revealed by mouseover:

Bounties last one week, so you can get a decent approximation by counting back from when it says it will expire. If you need a more precise time, click the edit history link (at bottom center), and one of the noted events will be when the bounty was started and by whom. 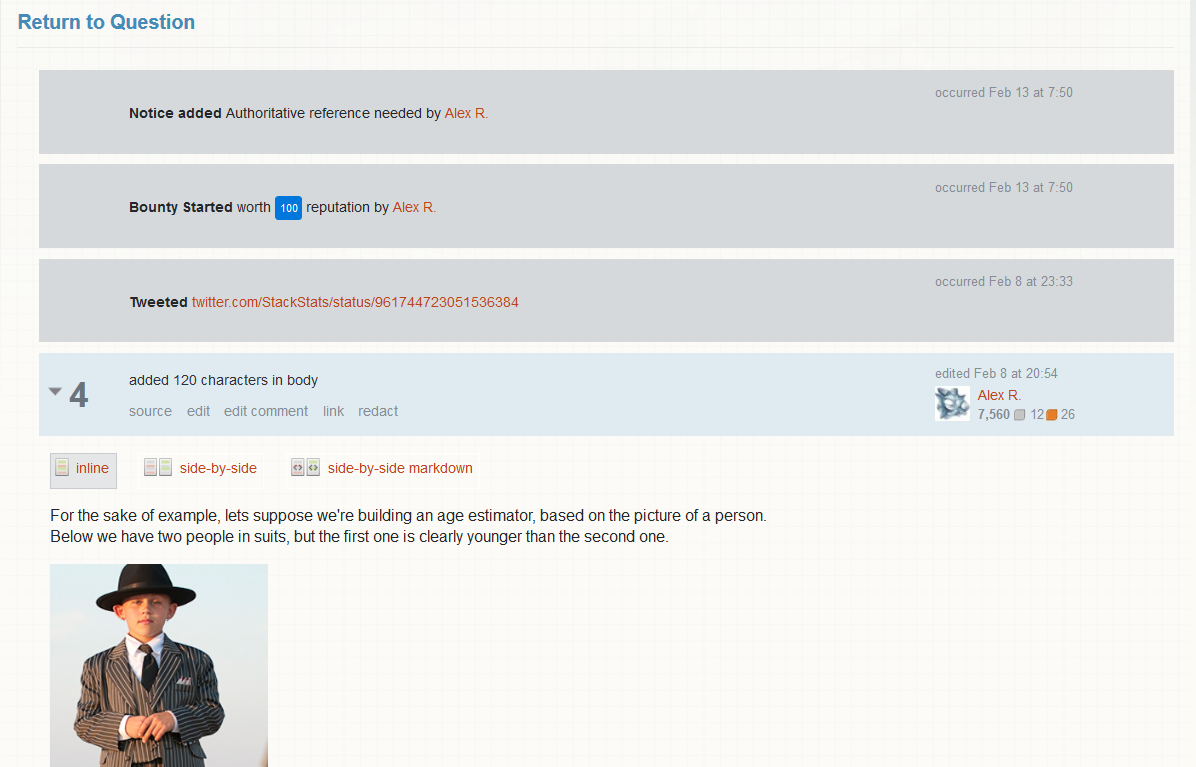 Not the answer you're looking for? Browse other questions tagged support bounty timestamps .

1
Would it be appropriate to allow cancelling a bounty for lack of responses?
7
Why was an answer considered off-topic and when it was deleted?
5
"Possible duplicate" label vs. "This question already has an answer here"
8
Why was the bounty not awarded to me?
10
What's the rationale for the 24 hour wait period for bounties to reward existing answers?
11
Improve messaging on upcoming bounty expiration
58
Help spread the wealth