Why this question is tagged off-topic?

I just realised that my question has been tagged off-topic and closed. Could please somebody let me know why? From my point of view, the question is quite clear, relevant and to the point.

Edit: screen-shots of the question: 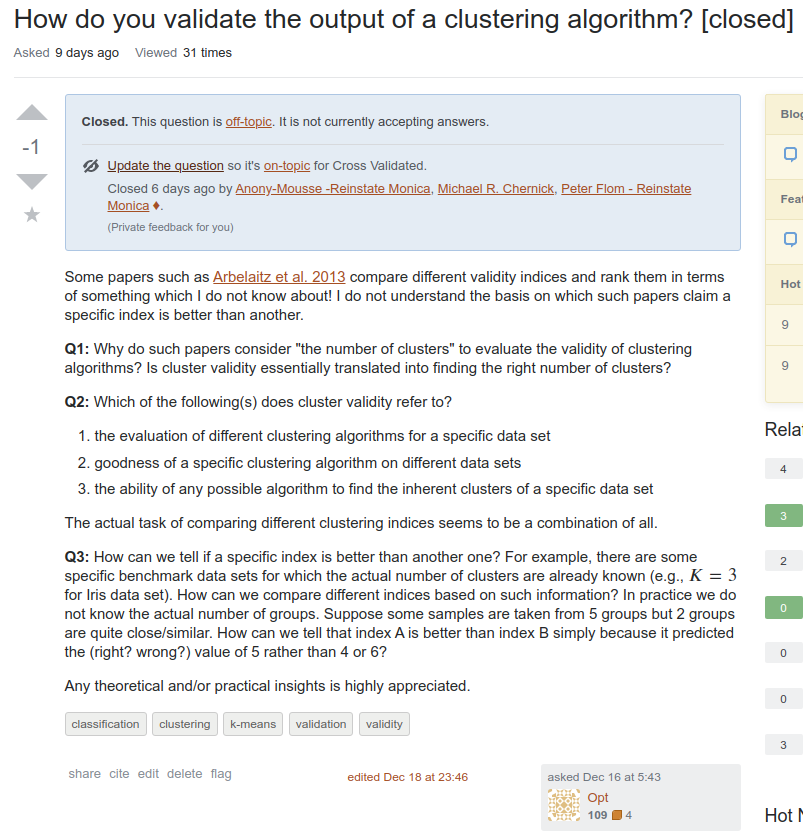 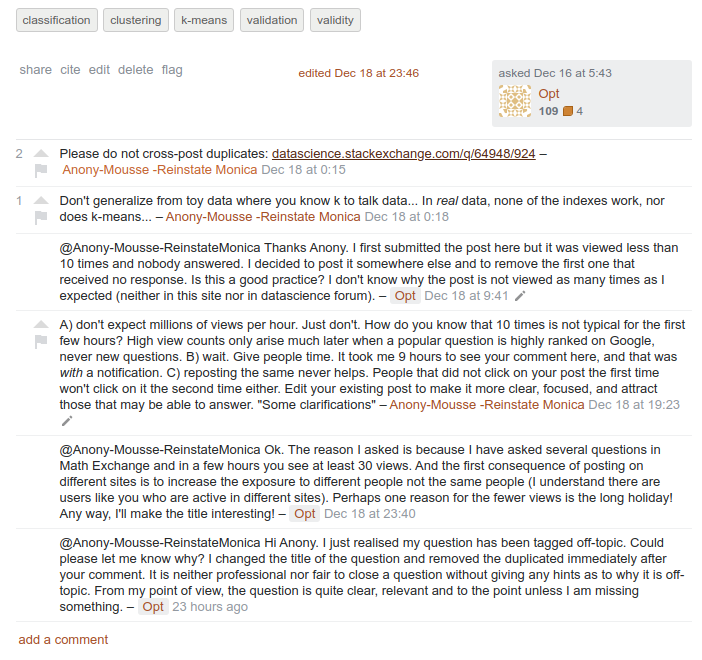 Your question is closed as 'off-topic' but there might actually be multiple reasons. The SE software only lists one of them. As you should already know (after reading the help page about off-topic posts) cross-posting is classified among the off-topic category. It is possible that your question initially obtained close votes for that reason and later on for the other reasons.

To me your question 'how to verify clustering algorithms' is rather broad and more like a topic to write an entire book about rather than a question.

You seem to be asking for help with understanding some article (it is always better to quote some exact passage where you have the problem) but it is unclear (and not to the point) what the culprit is.

Your question might be reopened given that the original close reason 'cross-posting/off-topic' is solved. However, calling people unprofessional in comments is a bit uncalled for and I imagine that you do not get a lot of people on your side to dig through your question, which is not so great based on other grounds as well, and write an answer for you.

Not the answer you're looking for? Browse other questions tagged discussion support .

5
Is this question off-topic?
3
Reopening and migrating a valid coding question from Crossvalidated to Stackoverflow
7
Why was an answer considered off-topic and when it was deleted?
8
Why was this on-topic question deleted?
5
Should we close old, outdated and off-topic questions?
9
When dealing with old off-topic questions, should we close or lock them, and why?
15
Why do we have a tensorflow tag if questions about programming are off topic?
14
Is optimization off-topic?
14
Question about math notation closed as off-topic
10
Should we replace the "data set request" with distinct "this is an off-topic software question" and "this is not about statistics" closure reasons?