I often comment questions asking the OPs to provide more details, and I also suggest to add those details in the original question. However, this is frequently ignored, and most of the details remain in the comments. I don't think this helps improving the quality of the question, which should be the real goal of commenting. Is there a reference on the help pages or in this Meta site I could cite, which encourages OP to include details provided in comments, into the main question?

EDIT just to be sure I understood some of the comments below, if I don't want the question to be closed, but to be put on hold because it's unclear, I click on flag and select this option, right? 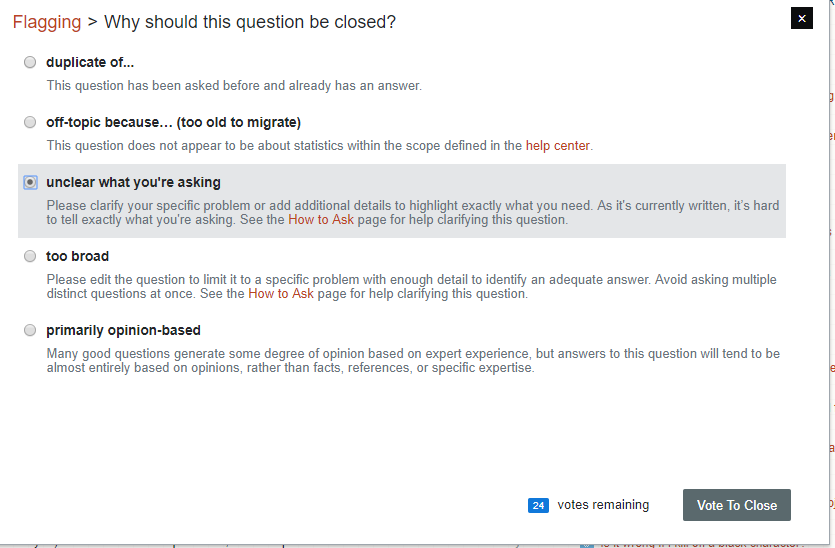 It does sometimes help to be specific when asking, to mention the word edit specifically; some posters hang around for an hour or so and may fix their question if you catch them early.

If they do clarify in comments, you can always edit to include the details if need be.

Not the answer you're looking for? Browse other questions tagged discussion help-center .

35
Are we closing questions too fast?

7
How to manage posting progress/improvements on a question?
7
At the 11 comments mark do I need to move my question to chat?
6
Community Promotion Ads - 2017
11
What's the point of putting unclear questions on hold?
5
How should I flag (or otherwise deal with) questions that have not been clarified after comments were left?